2015 Meetings on the Bridge

The selection committee selected 10 projects out of the 120 applications for the Film Project Development Workshop held for the 8th time within the scope of the Meetings on the Bridge. 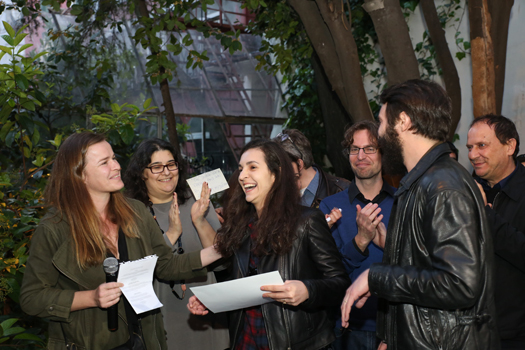 Tarık Aktaş, director of Dead Horse Nebula received the Meetings on the Bridge Award of USD 10,000 from Gabrielle Dumon. 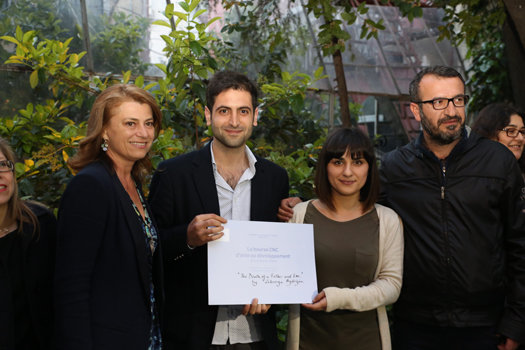 The project of Zekeriya Aydoğan, The Death of a Father and Son was presented 10,000 Euro CNC Award by Fanny Aubert Malaurie, The Cultural Attache of France.

Melodika Sound Post Production Award was presented to Mahmut Fazıl Coşkun for his project The Announcement, by Didem Oğuz, the co-founder of Melodika. 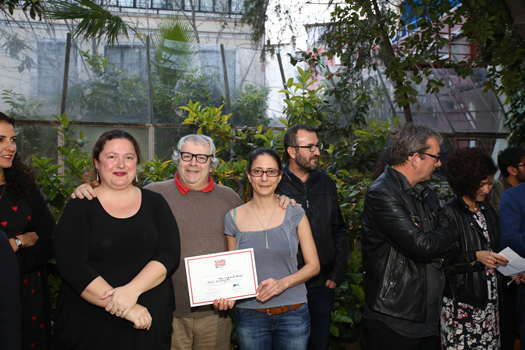 The Mediterranean Film Institute (MFI) Script and Development Workshop Award, which comprises four stages, was presented to Sinem Sakaoğlu for her project The Crooked House by Giovanni Robbiano from MFI. The director and scriptwriter of the project will participate in the scenario workshops, two of which will be on the Nisiros and Samos Islands of Greece in 2015 and two of which will be online.

MEETING FILMS ON THE BRIDGE

A selection of films which previously  premiered at local and  international film festivals were screened at cinemas in the campuses .  After each screening  a moderated talk and Q&A with the filmmakers took place. The screenings were  free of charge.

Meetings on the Bridge films screenings are on the road now going to other cities.  Starting with Afyon Kocatepe University, İzmir Dokuz Eylül University and Eskişehir University.

ISTANBUL BILGI UNIVERSITY (with the cooperation of Bilgi Cinema Club)

GALATASARAY UNIVERSITY (with the cooperation of Galatasaray University Center for Media Studies, Research and Applications)

The following projects have participated in 2015 edition:

After  Film Development Workshop, Forgiveness and Manji teams are attending co-production markets and developing the scripts, and Radiogram is in the post-production stage. 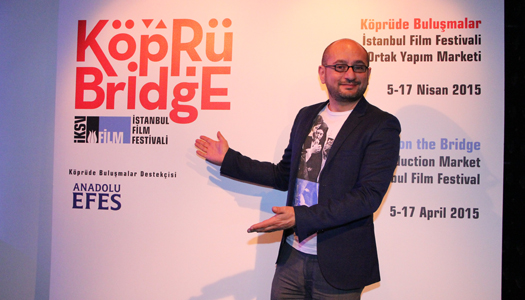 Arash T. Riahi will focus on how much real events can be planned and written before they happen and how flexible the cinematic, moral and acceptable meanings of truth can be. By working directly with the projects, together with the filmmakers, he will discuss different styles of dramaturgical approach to find the right way of storytelling for each project. He will also examine different classical documentary genre traditions as well as new approaches like trans-media documentaries. Further topics are the writing process for documentary, the role of research as well as the effect of fiction dramaturgy on documentary filmmaking. 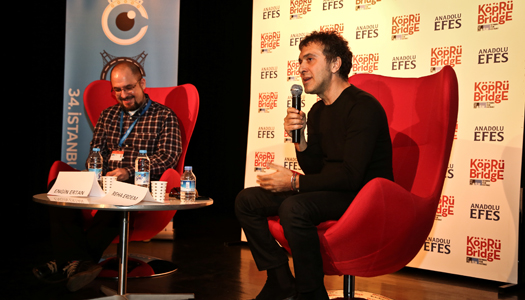 Reha Erdem’s 2010 film Kosmos, which received the production support provided by Anadolu Efes and with the FIPRESCI Award he won with My Only Sunshine (2009) at the Istanbul Film Festival will be screened. Following the screening, Reha Erdem will talk about his cinema, inspirations, the location-time-human relation he builds in his films, and creating a meaning, a thrill. 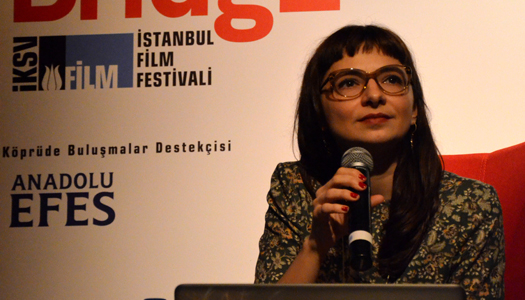 This master class is designed for everyone, from professionals to anybody who is interested in cinema. It will be held in an interactive seminar format where both the guest and the audience will share their editing experiences. Scenes from the films that Çiçek Kahraman has edited, will be screened and discussed. 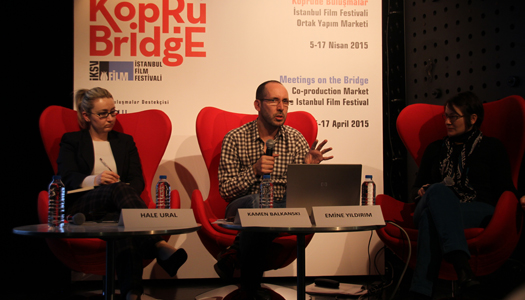 This panel will focus on how audiovisual as well as culture and arts initiatives in Turkey can apply for funding as coordinators in the framework of the Creative Europe agreement that will be valid between 2014 and 2020. Also information on the application procedures and an insight in the selection processes will be shared with the audience. 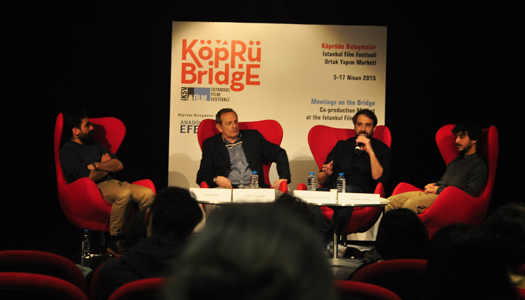 What to do to pursue your dreams, when the dreams are big but the budget is small? How to produce a film with a small budget by using alternative methods? These issues will be discussed on the basis of Yeşilcam Turkish movies of the 70s that inspired this film, and many of today's independent low budget movies. 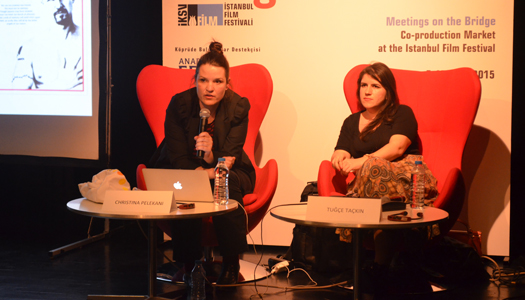 The duo will present examples as to where old models and new trends in marketing and distribution scenes intersect and digress. It will also demonstrate film samples that utilize rare and conspicuous marketing strategies. The participants will also get insight into decision-making processes and strategic marketing preferences relevant to development, production and distribution. 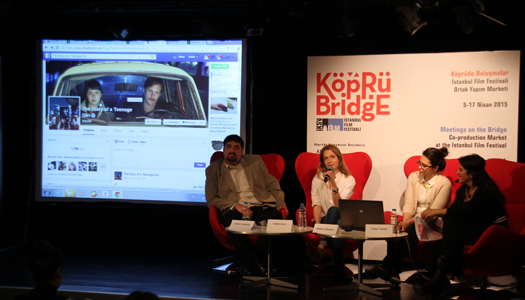 This session highlights the growing importance and opportunities of online distribution, audience engagement and funding platforms. Experts discuss and examine the challenges along the industry's adaptation process. 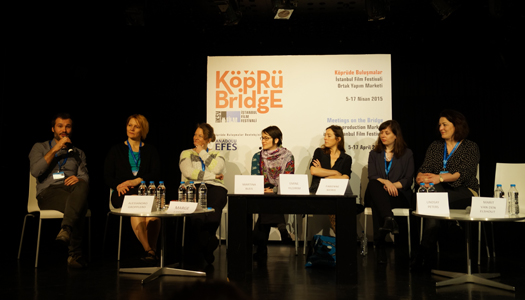 Your project is ready, and now comes the time to plan the rest of the process. Co-production market representatives will be here to meet you and to discuss their profiles. 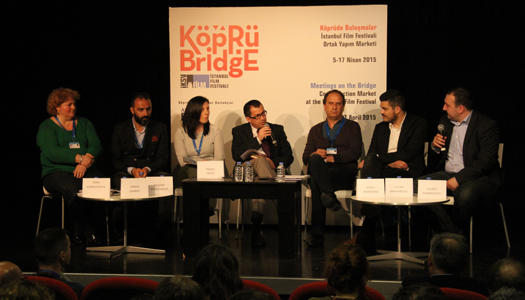 Your roadmap through the regional and international film funding landscape: decision makers from international funds share information about selection processes and funding criteria. 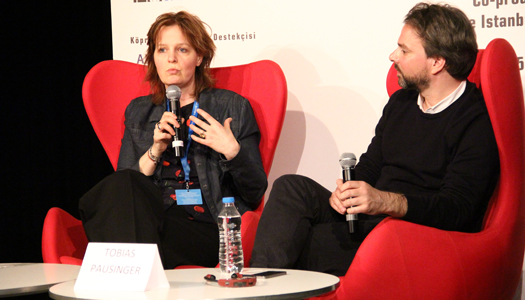 This master class seeks to provide some useful ideas and tricks for developing your script and will help you raise critical and crucial questions towards your story along the re-writing process. It also gives in sight in the work of a script consultant. 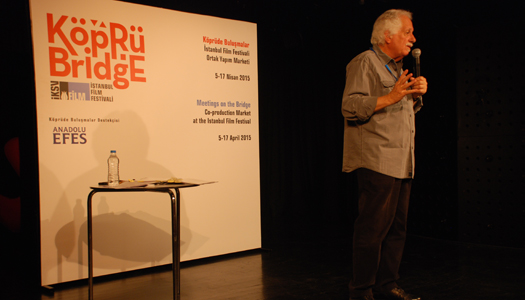 The role of the producer "from the idea to the poster": What does it take to be a producer? How to face the challenges of ideas, stories and the scope of productions? How to generate interest and finance? And, in a world of co-productions, how to maintain creative freedom?