No More Flowers, only equality! 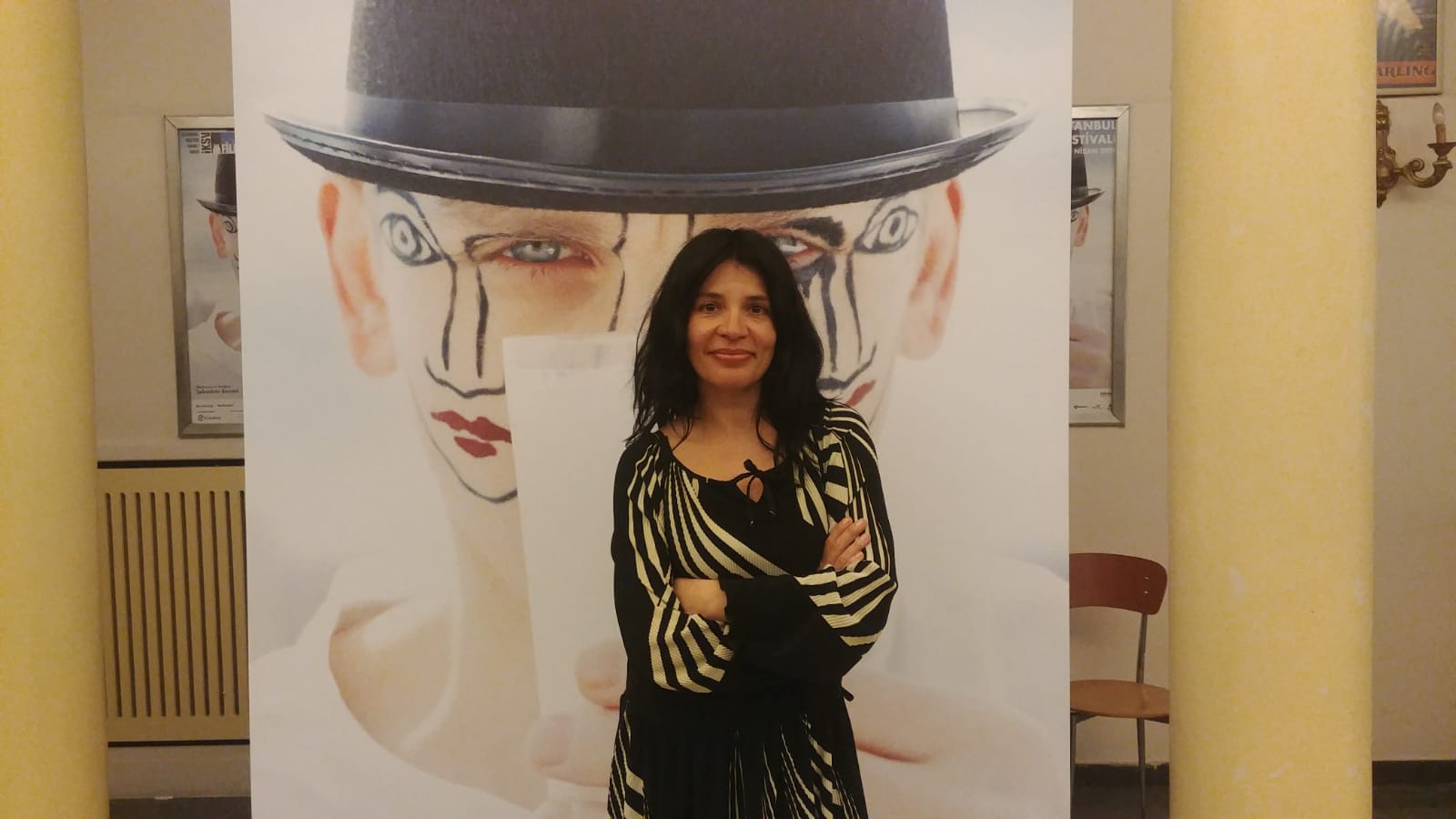 11 years ago Teona Strugar Mitevska was amongst festival guests with her sophomore feature-length I Am Titov Veles and this year she is back with her latest which received the Ecumenical Jury Prize at the Berlinale. 32 year-old Petrunia lives with her family in a small town called Stip. As a history major she has trouble finding a job in Stip. Contrary to traditions a woman retrieves the wooden cross tossed in the water during Epiphany: Her Name is Petrunia.

The film is based on a real-life story. How did you come to find out about this story and what made you decide to make it as a film?

In Macedonian Orthodox tradition but most of the Orthodox communities too, on the 19th of January during Epiphany, there is a custom that the high priest of the town throws a cross into the water, river lake or swimming pool even. So men of the town or the village jump into the water for the cross. The person who will catch the cross will have a happy year, “bereketli” you would say. A few years ago, a woman jumped into the water in the small town of Stip. She caught the cross which became a big problem in the town because everybody said: “You are a woman, you have no right to jump”. The woman said, “I caught the cross because I swam faster and better than all of you and also I also do have the right to be happy”. This was written in the Macedonian journal. My sister who is also my producer read the story and sent it to me. The act of jumping into the water was an amazing opportunity to talk about the individual, the religion, the tradition, and the state. Especially, in the second part of the movie, we put them in the police station. All these elements and the contrast between them are magnified in there. It’s a great way to talk about society in regard to the position of women; Petrunia in her society. This kind of opportunity of telling such a story doesn't come in your way many times in life. So when it does, you need to grab it.

Petrunia is against all these men; the priest, the policemen, the angry mob. In the police station too, the police are all men.

Yes, because the system is patriarchal. The system is male. It is a very macho society. It’s her, the individual against the system in the film. I’m not saying we don’t have any women in the police department, we do. But small towns like Stip, actually there are very few women in the police force. Of course, it helped the story that she is against all these men; the sheep which was surrounded by wolves who later became a wolf.

Petrunia says that she jumped without thinking, like an animal. Yet everybody sees it as an act of bravery when Petrunia doesn’t. How do you see that act of jumping into the water?

Structurally and dramaturgically, it was a big question for us. Does Petrunia’s act from the beginning a calculated act? Is she a feminist from the beginning? Does she have the idea to provoke or is she an everyday prison who finds herself in a situation and as the story develops, she becomes the force of change? So we went for the second option because it is very gratifying for the viewer and for all of us, to see a character that accomplishes something, a change and then liberates herself. The character of Petrunia through the story transcends into something that we would all like to be; be brave, and boldly go for it before everybody else does. Animal aspect for me is instinct. It is something amazing that we all have; the instinct of survival and the instinct of fighting for justice. What is beautiful about the character Petrunia is that she deeply feels the injustice. She feels that she is not equal. When this opportunity comes in her way, it is her instinct of survival that makes her jump into the water. That’s why she says, she feels like an animal. Also, feeling like an animal is very pure. There is nothing bad in Petrunia; she is pure. She only fights for justice and equality. As the story develops, she becomes this amazing force of change.

The relationship with the mother is upsetting, mostly because I think a lot of women can relate to that dynamic.

It is the tragedy of our traditional societies. The relationship between the mother and the daughter in a way is about self-censorship. There is nothing worse than a woman self-censoring herself and then she is also censoring another woman; in this case, her daughter. It is prisoning yourself and not allowing yourself to grow.

Petrunia says she is not a sheep anymore she is a wolf towards the end. When do you think it switched for her? Also, do we have to be a wolf just so that we won't be sheep?

Unfortunately, in the world, we live in, yes. We have created a world of injustice. I’m not a wolf but I will be, if I have to be. When does Petrunia become a wolf? First time, she looks directly at the camera after the policemen yells at her and is extremely violent with her. There is always something within her but of course, there is progress too; she reaches there step by step. It is not a switch that happens suddenly. It is a good question though; “do we have to be wolves?” We have to have solidarity with one another because we are stronger together. Look at what the prime minister of New Zealand is doing. She is guiding her country in a way that no other politician has ever done before. It’s not a man’s way, it’s her way and it’s beautiful. So there is hope.